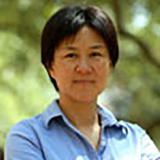 Dr. Fu’s research aims at understanding the role of the atmospheric hydrological cycle and its interaction with earth’s surface in determining the stability of the Earth’s climate at global and regional scales, and at applying climate science to support regional decision.  Her research has been focused on the mechanisms that control the rainfall variability over Amazonian and Pan-American monsoon regions, how changes of global climate, local vegetation and biomass burning, and oceanic decadal variability have influenced rainfall variability in recent past and will influence rainfall and droughts in the future. Her research is among the earliest to show an active role of tropical rainforests in initiating dry to wet season transition over Amazonia and the significance of the Tibetan Plateau in determining water vapor transport to the global stratosphere. 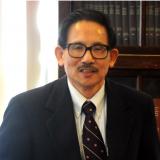 Among numerous pioneering and fundamental contributions in the areas of light scattering by nonspherical ice crystals, radiative transfer theory and application, satellite remote sensing, and clouds and aerosols in climate and greenhouse warming, Professor Liou is best known for his three books: An Introduction to Atmospheric Radiation (1980, translated into Chinese, Russian, and Arabic), Radiation and Cloud Processes in the Atmosphere: Theory, Observation, and Modeling (1992), and An Introduction to Atmospheric Radiation, 2nd Edition (2002, translated into Chinese in 2005 and Japanese in 2014). Professor Liou also authored or co-authored more than 250 peer-reviewed publications that have appeared in numerous national and international journals.

Professor Liou was elected a Member of the National Academy of Engineering in 1999 and a Member of the Academia Sinica (Chinese Academy of Sciences, Taiwan) in 2004. He is a Fellow of the American Association for the Advancement of Science, the American Geophysical Union, the Optical Society of America, and the American Meteorology Society. Professor Liou received a creativity award from the National Science Foundation in 1996 for his work on light scattering by ice crystals. This award was followed in 1998 by the Jule G. Charney Award from the American Meteorological Society “for his pioneering work in the theory and application of radiative transport and its interaction with clouds.” Professor Liou also shared the Nobel Peace Prize bestowed on IPCC in 2007. He received the Committee on Space Research (COSPAR) William Nordberg Medal at the 38th COSPAR Scientific Assembly in Bremen, Germany in 2010. The Nordberg Medal, awarded every two years, recognizes “contributions of leading scientists to the application of space science.” In 2012, Professor Liou received the International Radiation Commission (IRC) Quadrennial Gold Medal at the 2012 IRC Symposium held in Berlin, Germany, for his "contributions of lasting significance to the field of radiation research." In 2013, Dr. Liou was awarded the Roger Revelle Medal from the American Geophysical Union “for outstanding contributions in atmospheric sciences and related aspects of the Earth system.”

Recognizing the potential significance for productive research collaboration on climate modeling and environmental change, Professor Liou and Dr. Randy Friedl, Chief Scientist for Earth Science and Technology Directorate, spearheaded the establishment in March 2005, of a joint (UCLA and JPL) institute in the Earth System Science field. The Joint Institute for Regional Earth System Science and Engineering (JIFRESSE) was subsequently established at UCLA and, in July 2006, Professor Liou was appointed by the UCLA Vice Chancellor for Research, Dr. Roberto Peccei, as its founding director