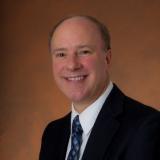 Dr. Friedl is currently serving as Deputy Director for Research, Engineering and Science Directorate. In addition, he is a member of the JPL Science and Technology Management Council that oversees all of JPL’s internal research and technology development investments.

Dr. Friedl received his Ph.D. in Chemistry from Harvard University in 1984 prior to accepting a research position at NASA’s Jet Propulsion Laboratory. Dr Friedl's research is focused on gas and particle reactions relevant to the Earth's stratosphere and troposphere. For his early research work he received JPL’s Lew Allen Award for Excellence in 1990. He has authored or co-authored over 50 scientific publications and has participated in a number of international assessments, notably, as lead author for the IPCC Special Report on Aviation and the Global Atmosphere (1999), as contributing author for the IPCC Third Assessment Report on Climate Change (2001), and as co-author on the WMO Scientific Assessment of Ozone Depletion (2002). He has also served as the Research Focal Point for the Emissions working group of the United Nation’s Civil Aviation Environmental Program from 2001 to 2003. More recently, he was a panel member on the National Research Council’s first-ever “Decadal Survey” on Earth Science that was released in January 2007.

In addition to his JPL activities, Dr. Friedl has served several roles at NASA Headquarters. From 1994 to 1996 he was the Project Scientist for the Atmospheric Effects of Aviation Project. During that tenure, he developed and organized numerous research efforts, including several aircraft field campaigns to study aircraft impacts on the upper troposphere. Following his return to JPL, he served as co-mission scientist for the NASA ACCENT airborne field study to investigate aircraft and rocket impacts and served as flight scientist in the CRYSTAL-FACE campaign to study cirrus cloud processes in Florida. For his work on the aviation-related issues he received a NASA Exceptional Service Medal in 1997 and a NASA Group Achievement Award in 1999.

Prior to reassuming his current JPL position at the beginning of 2009, Dr. Friedl spent a year and a half at NASA Headquarter as the Deputy Chief Scientist for Earth Science within the Science Mission Directorate (SMD) and as the Deputy for Science within the Earth Science Division of SMD. In those roles, Dr. Friedl was the primary advisor on Earth science issues to the NASA Associate Administrator and Earth Science Director and was tasked with formulating internal strategy for the NASA Earth science program as well as joint strategies with other Federal agencies. 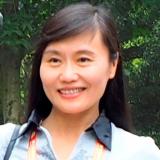 Dr. Yu Gu completed her B. S. degree in Meteorology with honor from Peking University, China, in 1988. She received her M.S. from Chinese Academy of Meteorological Sciences in 1991, and her Ph.D. in Atmospheric Sciences from University of California, Los Angeles (UCLA) in 2000. She was an Assistant Researcher at UCLA from 2001 to 2005, an Associate Researcher from 2005 to 2012, and has been a full Researcher since 2012. Dr. Gu’s research focuses on cloud, atmospheric radiation, aerosol/air pollution, and climate change. She has been serving as Principal Investigators or Co-Investigators for a number of NSF, DOE, and JPL/NASA programs. In recognition of her academic achievements, Dr. Gu received the UCLA Dissertation Year Fellowship, the American Geophysical Union Outstanding Student Paper Award, the "Jacob A. Bjerknes Memorial Award" in the Department of Atmospheric Sciences, and the Alan Berman Research Publication Award by the Department of the Navy. Dr. Gu has been an Associate Editor of Journal of Meteorological Research since 2014, and a regular reviewer for many professional journals and a number of funding agencies. To promote academic exchange and collaboration, she has also helped to organize numerous national and international conferences in the atmospheric science field.

As an Associate Director of Operations, Dr. Gu’s role will be to pursue joint grant opportunities between UCLA faculty and JPL scientists; assist the JIFRESSE Director in developing academic and research matters important to both UCLA and JPL; assist with the organization of seminars, workshops, and other types of educational activities of interest to UCLA and JPL within the purview of regional climate and environmental change; and further develop existing collaborations and joint funding programs between scientists from JIFRESSE and other institutions. 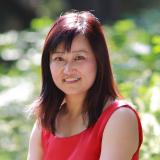 Dr. Su is a principal scientist in the Earth Science Section of Jet Propulsion Laboratory (JPL). She received a B.Sc. of Atmospheric Dynamics from Peking University in 1991 and a Ph.D. of Atmospheric Sciences from University of Washington in 1998. She worked as a Staff Research Associate and Assistant Researcher at UCLA from 1998 to 2005 prior to working at JPL.  Dr. Su received the JPL Lew Allen Award for Excellence in 2008 and NASA Exceptional Scientific Achievement Medal in 2010 for “major advances in the understanding of water vapor and cloud feedbacks on climate change through quantitative analysis of observations from multiple NASA satellites.”  Her research interest is primarily in climate dynamics and convective processes. She is a member of NASA Aura and NEWS science teams and the Principal Investigator and Co-Investigator for a number of NASA funded projects.

As an Assistant Director,  Dr. Su’s role will be to initiate and pursue joint grant proposals between UCLA faculty and JPL scientists;  organize seminars, workshops, and other types of educational activities of interest to UCLA and JPL within the purview of regional climate and environmental change;  serve as a member of JIFRESSE’s Merit Increase Committee; and to assist Director and Associate Director in developing academic and research matters of importance to both UCLA and JPL.